Uluwatu, Christmas Day. “If it’s a mother daughter selfie, is it a melfie?”

I farewelled my mother Meredith and her husband Richard at Denpasar airport today after nine days at Griya Santrian, a grand old beach resort in Sanur. I then swung by Warung Santai, one of my regular joints, for a late arvo lunch. While seated at a bench in front of a window adorned with seasonal sentiments and meticulously hand-drawn snowflakes, my heart ached at the words of an American woman behind me. She was speaking slowly to someone I assumed was her daughter but who uttered no reply. “Darling, don’t be goofy, eat your rice properly. You’re a big girl now. You’ll be 25 this year. You’re almost 25… you’re almost an old lady.” I thought of my emphatic response each time an Indonesian asks my age: Masih muda! Still young. “You’re almost an old lady,” the American woman continued, clear and slow. “Darling don’t be goofy. Have you said anything to me today? Have you said Happy New Year to me? You haven’t, have you? Say it. Say Happy New Year to me.” It was then I realised the young woman had an intellectual disability.

I feel like I’ve spent the last nine days laughing. Mum is a notorious Pun Queen, mad lover of word games and rhyming. The self-proclaimed Poet Lorikeet, she always pens a ditty for dear ones’ milestones and during my first year away from home I received a poem every fortnight. In my petulant teenage years and early 20s I had limited tolerance for her relentless puns, but I now adore her speed and shamelessness. She never stops playing with words.

In Sanur coffee was only at cafés with tables ‘good for ‘grams’ – Bananagrams is a sort of boardless speedy Scrabble and its weighty banana-shaped pouch of letter tiles traveled with us everywhere. My Christmas present to Mum, Ranjit Bolt’s slim volume of limericks A Lion Was Learning to Ski, swiftly evolved into running jokes which often produced running mascara. As is de rigueur in Bahasa Indonesia she made portmanteaus of everything, and by day three there were puns in Bahasa (“Hey Julz, have you got a plastic bagus?”). It was a ludicrously loquacious holiday with my fab friend and partner in rhyme, which is why the American woman’s “Say Happy New Year to me” cut right through, flooding me with gratitude.

Mum and I shared seven soul-rousing Sanur sunrises (it would have been eight but it was overcast on Christmas Day and anyway, alliteration is all-important):

“Daughter Dear, you must always believe in your selfie.” 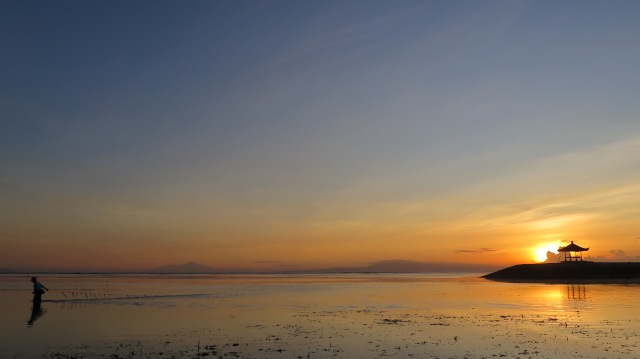 Lombok’s Gunung Rinjani can only be seen from Sanur on the clearest of clear dawns. 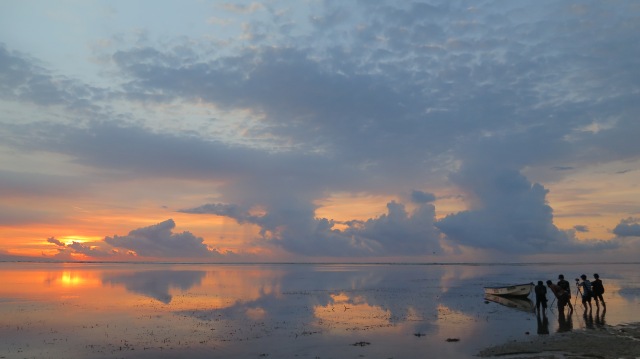 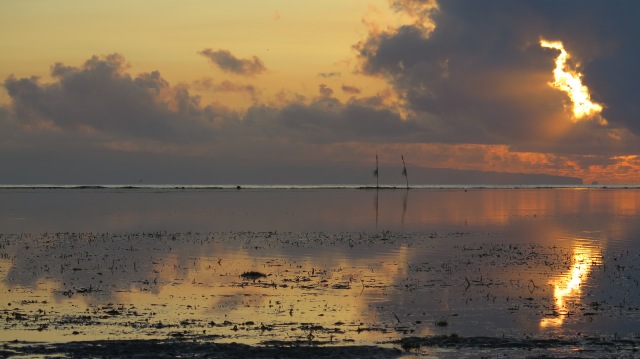 With all my heart ‘n’ soul Mama Bear, thank you for all that you are and all you have given me. Tropicana Slim forever.

← Where to eat during UWRF15
Happy two year anniversary, Indonesia →