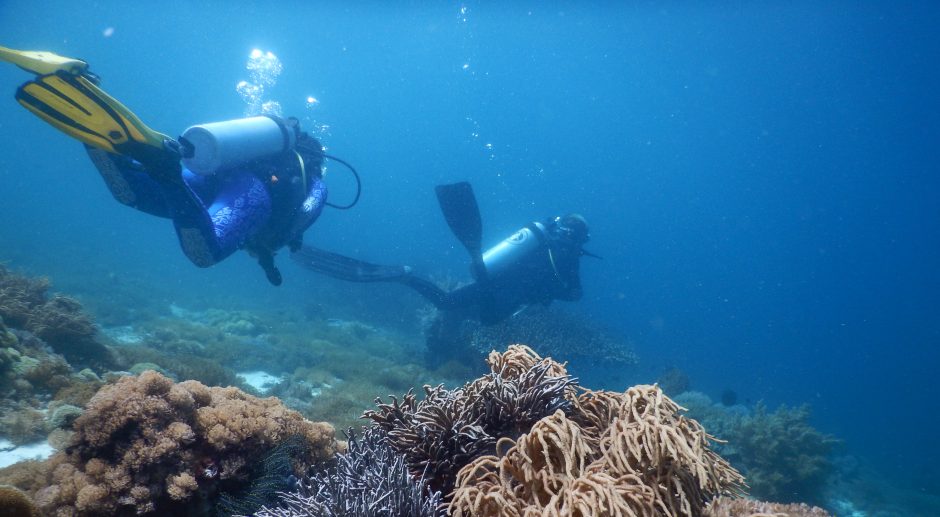 I know, I know, it’s been ages. I’ve been slack. But I won’t waffle on any longer – I’ve gotta hot foot it home as one of my beloved Bandung storms is about to break. Yes!

Telkomsel is Indonesia’s Telstra equivalent and on May 26 it turned 19. I was there to celebrate – accidentally. There was cake, there was a cover band, there were balloons, and there was one bemused bule talking about why she loves Telkomsel in bumbling Bahasa in front of 100-odd Indonesians. I needed to report my SIM stolen and transfer the number to a new one; my bag was snatched from my shoulder by two guys on a scooter in Jakarta a few days before. I should’ve known there’d be something going down in T-Town when my counterpart Atik informed me our colleague Bu Lili wanted to come too. “At Telkomsel,” she said matter-of-factly as we clambered into Atik’s car, “you get free snacks.”

The centre is massive, and garlanded with balloons and inflatable animals it looked like a gaudy promo theme park. While we were waiting to be served a cute little Telkomsel chick asked my name but I couldn’t hear for what over the blasting pop. Soon after my customer number flashed on a red LCD; transferring my mobile number was possible but not that afternoon due to a technical error. “Gak apa, saya bisa kembali nanti.” No worries, I’ll return later. I turned to leave but Atik clasped my arm. “But they’re giving away prizes at 3!” she exclaimed. It was 2.10. “Ayo, prizes!” I said with a loving smile. Atik is adorable.

More and more people streamed through the rainbow balloon archway. Platters of traditional sweets and modern cakes and stacks of Teh Botol tetrapacks were depleted and refilled rapidly. It was too loud for conversation so I simply sat with Atik and Bu Lili and beamed at everyone who looked at me curiously. I wondered if Telstra ever put on a spread like this. Finally it was 3 and a stout, bald, sharply suited MC launched into deafening, lightning fast horse race commentary, or rather the Telkomsel story; 19 years ago it started in a small office on Jalan Diponegoro (the street where I work) and has grown into Indonesia’s largest telecommunications provider. But hell, it could have started in a bungalow in Bogor – I could barely understand a word.

The MC was presented with a piece of paper by the cute little Telkomsel chick. Ah… fantastic. I was soon standing alongside nine other winners in front of the stage where a band of five guys in various red tees were seated (I was grateful for them their dress code was ‘red’ rather than red Telkomsel uniforms). The MC beckoned an old man in a peci cap forward and asked him how long he’d been with Telkomsel and what he liked most about it. He was obviously a happy customer – he held the mic for a good few minutes. A couple more winners were interviewed and I thought I might get away with not being picked but who was I kidding? “Satu lagiii!” bellowed the MC, looking at me with a luciferian smile. Ayo, here we go, I thought, grinning at a flashback to the last time I held a mic in front of a crowd of orang Indonesia: at my first ‘staffs exercise’ at the end of my first week when I was streaming with sweat and told them I was going to be here for ten years.

I stepped forward with the mic I’d just been given by a tecchie and before the MC began blasting I asked “Tolong, boleh Anda berbicara pelan, sebetulnya, bisa Anda berbicara pelan?” Please, may you speak slowly? Actually, can you speak slowly? The crowd roared – I love how much Indonesians love to laugh. And what did I have to say about Telkomsel? I thought it best not to mention the technical error and rattled off all the superlatives I know. “Apa lagi?” Anything else? “Saya suka rambut Anda.” I like your hair. He sent the decibels soaring with his hearty howl and declared “Cantik dan nakal!” Naughty and beautiful. What the hell was happening!? I’d just come to sort out my SIM! My cheeks ached from smiling as they do almost every day in this country.

The ten winners were then presented with a Telkomsel goodie bag by the National Director of Customer Services (a “Telkomsel celebrity” as Atik so delightfully said) in a highly ceremonial manner – goodie bag, hand shake, sincerest of terima kasihs as though we’d been employees since its inception. A square metre red cake was wheeled over and the Director motioned for me to help her cut it as the band struck up the Indo Happy Birthday. I pretended I didn’t know what she meant and clapped along with the winners.

There was a giant Telkomsel photo frame featuring cartoon bunnies and what looked like an Angry Bird left of stage; I had no less than seven requests to pose with people, one of whom was the Director whose cake cutting invitation I’d just snubbed. At every major Telkomsel centre across Java the birthday celebrations were streamed online; the cameraman ensured the bule was in Bandung’s feed at all times. I searched for Atik across the room and gazed at her with pleading eyes, but she and Bu Lili weren’t ready to leave as boys from Kartika Sari (a snack franchise – there’s a hefty handful here) were handing out boxes. More cake. The band then started a song that snagged my ear: She’ll Come Back to Me by Cake. Hilarious. That really got a rise out of me. “See!” said Atik between spoonfuls of rich chocolate sponge with sickeningly sweet Telkomsel red frosting, “your bag is stolen and you get cake!” Exactly, you gorgeous thing. Exactly.

I was walking back to Grand Kemang Hotel with my old high school mate Bronte Hewett at 1am on the Friday before the birthday bash. Bronte started an AYAD assignment in Lombok in late March. Along with 80 AYAD/AVID/various acronym volunteers we were in Jakarta for a forum. It was the last night and a big group of us were at a club. Bronte and I bailed early and had barely walked 50 metres when my bag strap was lifted from my shoulder and carried off into the night. Bronte, bless her, bolted after them as did a bystander, but the scooter was soon out of sight.

Despite the shouts of witnesses and the bike’s shrill acceleration I felt completely calm. Serene, even. A wave of warmth washed over me as I immediately thought gak apa, santai aja, no worries, just relax, there’s nothing you can do, so gak apa. My passport is locked up in my desk at home in Bandung, I have friends and family to assist with the admin of losing a wallet and phone overseas, under the AYAD program I have excellent insurance, but most of all, they’re just things. “Gak apa,” I replied to the concerned Indonesians’ quiet calls of “sorry miss”. “Saya santai, gak apa, gak apa,” I repeated with a smile. They smiled back.

After showering in the marble bedecked bathroom of my palatial hotel room I kept that expression firmly in place as I snuggled into soft white sheets. I was excited about making the police report the next morn; it would be a new context in which to practice my Bahasa and undoubtedly an interesting experience! If I’d known having my bag stolen would lead to scoffing Telkomsel birthday cake and scoring a super nice pen (love a good pen!) my smile would’ve been even wider.

← Rain Trees and Lightning Dragons
The Week of One Thousand Photos →