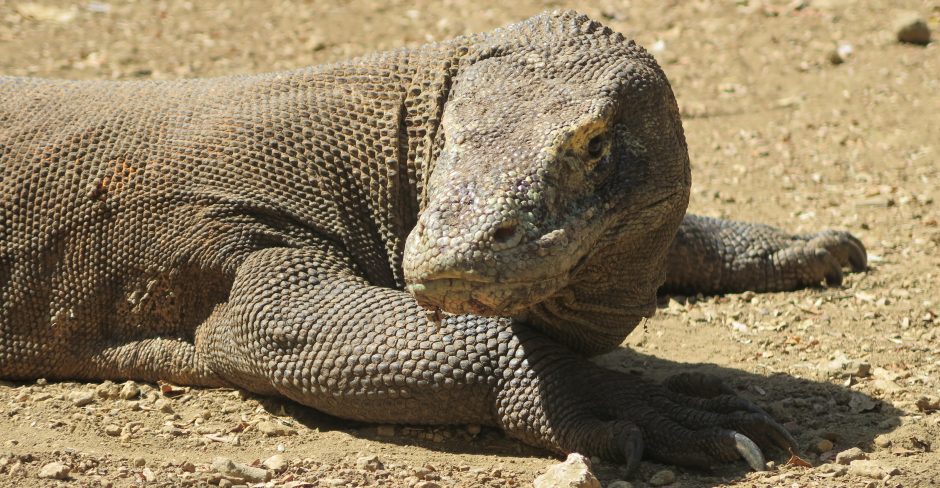 The Week of One Thousand Photos

I reckon my biggest contribution to my host org, the South East Asian Ministers of Education Organisation Regional Centre for Quality Improvement in Teaching and Education Personnel in Science (SEAMEO QITEP in Science) (breathe in now), was shortening its acronym to SEAQIS. I recently spent a week in Bogor, a city of just over a mil 60ks south of Jakarta, for our annual teacher training courses on Earth and Space Science and Science Education for Sustainable Development. Just as I got a buzz when I saw someone reading a copy of BMA Mag in a cafe or cinema queue, I did too when I saw the new SEAQIS logo on the courses’ canvas banners and participants’ souvenir bags. That’s not to say my colleagues actually used the new singkatan when facilitating sessions – “SEAMEO QITEP in Science” or “QITEP in Science” still prevailed – but at least we no longer have a logo with a short story attached.

I had a brilliant time in Bogor. The ten-day concurrent courses were held at SEAMEO BIOTROP, the SEAMEO Centre for Tropical Biology, which was established in ’68. It does all sorts of fascinating things with mushrooms and plant tissue culture and compost, and conducts research on volcanic ecologies and algae and orangutan. As you can imagine the sprawling grounds are gorgeous and with so many green thumbed staff are the most immaculate I’ve seen. With no background in biology I felt extremely fortunate to be ensconced in an environment dedicated to it, and spending a week volcano-side was magic too. Majestic Mount Salak 12ks south was a spectacular setting for my morning jaunts. I had many I’m falling even deeper in love with Indonesia! moments jogging along a small road behind the BIOTROP campus flanked by teak plantations, rice and corn fields and small, colourful concrete homes.

One late afternoon when I’d slept too long for a morning run I relished the moment I realised I’d taken a wrong turn on my way back. I wound up in a kampung at dusk and delighted in asking “Di mana masuk belakang BIOTROP?” Everyone’s always extremely helpful giving directions in minute detail – mini language lessons that always come with a smile, especially when I thank them formally in Sundanese with hatur nuhun! “Wah! Hatur nuhun!” I often hear exclaimed as I walk away. These exclamations are even more frequent when I smile and say the Islamic greeting “salam alaikum” to everyone I pass during my kampung meanderings. It’s almost always met with a hearty “kum salam” and makes me feel immediately welcome which, as a sweaty, puffing bright red bule who knows she must look ridiculous is wonderfully comforting. The joys of language learning are endless.

I arrived at BIOTROP a few days after the courses commenced. I was just in time for lunch and one of the buffet dishes was piled high with karedok, my favourite Sundanese salad. A hearty paste of powdered peanuts, ginger, galangal, garlic, terasi, palm sugar, salt, a bird’s eye chilli and a smidge of water is mashed together with a pestle in a wide, shallow mortar. Then in go crunchy snake beans, bean sprouts, cabbage, cucumber, baby eggplant and lemon basil leaves. All but the latter is sliced aerially which always impresses the hell out of me. Served with a sprinkling of fried shallots it’s a delicious staple in my diet of which I never tire – though I’ve only found one karedok lady (and it always seems to be a woman wielding the pestle) who makes it cukup pedas, spicy enough for me. Sangat pedas! Pedas sekali! Pedas banget! Pedas pedas pedasI I always insist. The BIOTROP kitchen’s karedok tasted quite different to Bandung’s; it was much milder, too light on the terasi perhaps and contained shredded carrot. But then again it’s always slightly different. “Beda tangan beda rasa,” replied my colleague Dian sagely when I remarked on this. I smiled. “Tentu saja! Of course. Different hands, different flavour.” My favourite language lessons occur over food.

For the next week I was to assist with the Science Education for Sustainable Development course but that afternoon’s Earth and Space Science sessions were on volcanoes and earthquakes – I wasn’t gonna miss the mantle-plumes, magma domes, flux melting and tectonic plate movement! (Apparently in 50 million years Java will join with Australia! That’s a nice thought). At the end of the session I lined up to thank the lecturer and ask a couple questions but was accosted by an Ibu with a camera. A serried group of guru were standing in front of the SEAMEO member country’s flags. She grabbed my arm and pulled me close, her hand clutching my shoulder. I hadn’t met these teachers but after the white girl was in that shot it was free for all. “What is your name?” the arm-grabbing Ibu in emerald jilbab asked me after four or five snaps. “Saya Julia.” “Miss Julia? May I have a photo?” I heard at least 15 times over the next half hour as I smiled cheesily for multiple cameras with almost every course participant. Finally I managed to flee, consoling myself with the fact that now they’d got it out of their system their burning desire for foto sama bule would dwindle. And, like on countless occasions when I’ve made assumptions about Indonesians, I couldn’t have been more wrong.

The next morning the SESD guru and SEAQIS staff gathered in glaring sun at the BIOTROP entrance to wait for the angkot we’d chartered to take us to SMK Wikrama, a high school incorporating environmental education into its entire curriculum. The streets that lead to it were too narrow for our bus but just wide enough for angkot. (A contraction of angkutan kota, city transportation, they’re beat up old mini buses that run regular routes but you jump on and off through their permanently open door wherever you want and pay about 30c.) When it became apparent there’d be a bit of a wait hands plunged into purses and pockets and capacious handbags for cameras, phones and tablets, then they leapt into formation. A woman in bright orange jilbab and even brighter orange lippy lurched forward from the front and yanked me into the centre at her side. When one group dispersed another swarmed, the Ibus calling to each other urgently, convoking another shoot. Miss Julia! Miss Julia! Minta foto Miss Julia! Writes Elizabeth Pisani in her exceptional Indonesia Etc while in a traditional Dayak (the term for the 200+ Indigenous groups of Borneo) longhouse in East Kalimantan, “a love of posing for photos seems to be a universal trait in Indonesia.” For the next six days Miss Julia! Miss Julia! Minta foto Miss Julia! Miss Julia! Satu lagi foto Miss Julia! did not abate. Dian jibed that she’d be my manager and we’d start charging. “Sepuluh ribu (about $1)! Sepuluh ribu foto sama bule!” she bellowed gleefully.

After a half-day at Taman Mini Indonesia Indah I was on the verge of formalising her jest and asking for the fee and that photos be limited to three. Taman Mini is a tourist park in East Jakarta which Wiki calls “a synopsis of Indonesian culture” and Lonely Planet “a whole country in one park”. All the major cultural and religious groups’ architecture, artefacts, clothing and traditions are crammed into one square k (animism or different forms of Islam are, of course, absent) alongside 14 museums dedicated to everything from stamps to sport to oil and gas. In the middle there’s a to-scale man-made lake containing the archipelago’s major islands, which was mighty impressive viewed from our stuffy cable car carriage as it sailed across the park in a 15-minute round trip. Gazing down at the enormous islands of Sumatra (the world’s sixth biggest), Borneo (third) and Sulawesi (eleventh) fanned the already roaring flames of my wanderlust, as did the formidable rumah bagonjong, the buffalo-horned communal houses of the Minangkabau of West Sumatra. I was grateful for the costume displays and ersatz cooking implements inside the replica rumah bagonjong; I could lurk in the corner and pretend to study them while gaggles of guru gathered for their thousandth photo that day.

The ‘Traditional Heritages Sharing Afternoon’ closed the course program. The cavernous hall was a kaleidoscope of sartorial splendour: flamingo pink Thai and sparkling silver Laos silk, electric blue and yellow Vietnamese áo dài, artichoke green Khmer sampot, gold-encrusted Phillipino barong tagalog, a rainbow of silk kebaya and naturally a stunning array of batik kain and sarong. The motifs, colours and patterns are infinite. My favourite costume was the camel and white felt dress adorned with big silver coins of a petite woman I called the Dayak Princess. The astonishing assortment of Indonesian dress just among this group was testament to the nation’s cultural diversity. My Dayak Princess looked as though she was from a completely different country to the big, buxom Ibus from Java whom, on this final night of the course sure as hell did not hold back. They’d grab my arms or waist and wrench me into frames or wobble over as quickly as their shapely hip-hugging kain would allow to converge on a group shot I’d been dragged into. They were relentless, these women, but I had to admire their completely shameless love of posing. After all, all dolled up in their cleavage-accentuating kebaya and beautiful batik they were magnificent. I wondered with a warm heart if I’d ever attend a work event this colourful again, but was relieved when it was time for maghrib, the evening prayer. I strolled slowly out of the hall with my colleagues and when out of earshot of the Ibus I joked about just how much we could’ve made. “Sepuluh ribu! Foto sama bule!” we bellowed together.

During my lunchbreak on the day after we returned to Bandung I walked to the kantor pos to send Mum a package of coconut cakes, ginger lollies and canvas bags I’d bought at SMK Wikrama. They were delightfully decorated with half a tiny plastic bottle filled with carefully folded food wrappers and meticulously stitched with ‘Reduce Reuse Recycle’. It was a typically beautiful Bandung day – light breeze, not too warm – and I was overwhelmed with the incomparably wondrous feeling of being home, where I was not a tourist and had never been asked for a photo, where I knew what each kaki lima sold along the way to the kantor pos and that the gorgeous Santi would greet me there with her shining smile. I sailed happily into the office which was empty except for a woman standing at Santi’s counter chirping away. It was obvious they were friends. Santi beckoned me forth. I gave her the bulging brown package and said, “untuk Ibu saya”, for my mother. The woman to my right cooed then took her phone from her purse, held it up and said, “Foto? Boleh?”

“Yaaaaaaa. Boleh!” I replied, and I didn’t even roll my eyes.